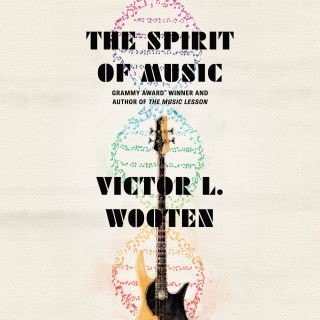 The Spirit of Music

Grammy Award winner Victor Wooten's inspiring parable of the importance of music and the threats that it faces in today's world.

We may not realize it as we listen to the soundtrack of our lives through tiny earbuds, but music and all that it encompasses is disappearing all around us. In this fable-like story three musicians from around the world are mysteriously summoned to Nashville, the Music City, to join together with Victor to do battle against the "Phasers," whose blinking "music-cancelling" headphones silence and destroy all musical sound. Only by coming together, connecting, and making the joyful sounds of immediate, "live" music can the world be restored to the power and spirit of music.

Victor L. Wooten: VICTOR WOOTEN, now a five-time Grammy winner, is a founding member of the super-group Bela Fleck and the Flecktones. Victor has also become widely known for his own Grammy nominated solo recordings and tours. Among other accomplishments he is a skilled naturalist, teacher, author, magician, and acrobat and has won every major award given to a bass guitarist including being voted Bassist of the Year in Bass Player Magazine's readers' poll three times (the only person to win it more than once.) In 2011, Rolling Stone magazine voted Victor one of the Top Ten Bassists of all time. Victor has been heralded as "the Michael Jordan of the bass" and "one of the most fearless musicians on the planet."