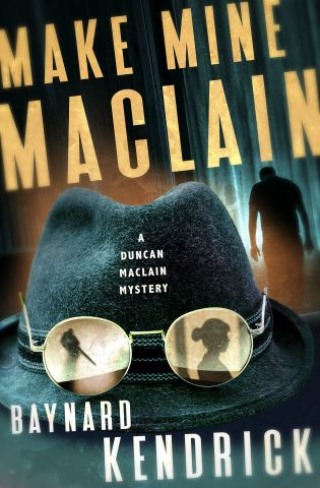 Three mystery novelettes featuring a blind detective and his two trusty German Shepherds by the author of Out of Control.

Following the loss of his sight in World War I, ex–intelligence officer Capt. Duncan Maclain honed his other senses and became one of the most successful and well-known private investigators in New York City. These are some of his adventures . . .

In “The Silent Whistle,” the captain heads west to California with his seeing eye dog Schnucke to advise on a television series about a blind man, but things go south when he discovers the studio head’s secretary with a knife in his back . . .

In “Melody in Death,” the captain is visiting a friend at the Knickerbocker Opera Company with Schnucke when he finds the body of a wealthy benefactor backstage . . .

In “The Murderer Who Wanted More,” a young artist is on edge after she’s attacked in her Manhattan apartment building and almost shot near her aunt’s Staten Island mansion. Fortunately, she has one friend whose unique powers of detection come in handy in times like these: Captain Maclain!

Baynard Kendrick was the first American to enlist in the Canadian Army during World War I. While in London, he met a blind English soldier whose observational skills inspired the character of Capt. Duncan Maclain. Kendrick was also a founding member of the Mystery Writers of America and winner of the organization’s Grand Master Award.

Baynard Kendrick:
Baynard Kendrick (1894–1977) was one of the founders of the Mystery Writers of America, later named a Grand Master by the organization. After returning from military service in World War I, Kendrick wrote for pulp magazines such as Black Mask and Dime Detective Magazine under various pseudonyms before creating the Duncan Maclain character for which he is now known. The blind detective appeared in twelve novels, several short stories, and three films.