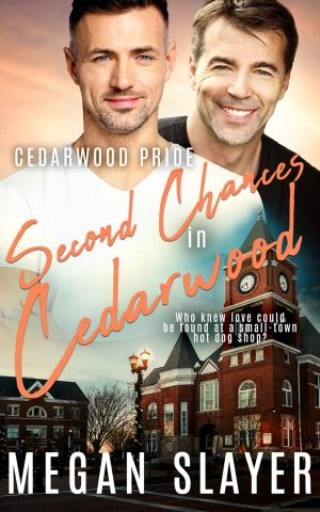 FROM POPULAR AUTHOR OF LGBTQIA FICTION MEGAN SLAYERBook thirteen in the Cedarwood Pride seriesWho knew love could be found at a small-town hot dog shop?Jack Walters opened his hole-in-the-wall restaurant to serve hot dogs—being a chef is all he’s ever wanted out of life. Love hasn’t worked out for him, so the last thing he expects is to find romance at his shop. But Jack’s been hurt before and he’s leery of the sexy man who keeps visiting his restaurant.Henry Lord has been all around the world. He’s visited gourmet foodie places and tiny restaurants, but he loves the ambience at Jack’s Hot Dog Shop. He’s also in lust with the sexy owner. Henry’s shy, but he’s determined to get Jack’s attention. There are people who want to use Jack and change him.Not Henry. It’ll take a herculean effort to prove to Jack that he’s the one for Henry. Good thing Henry believes in love, second chances and finding his home…in Cedarwood.