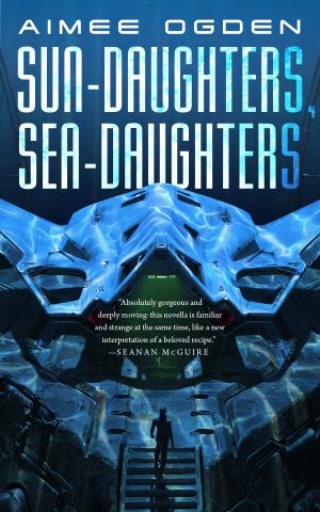 In Aimee Ogden's Sun-Daughters, Sea-Daughters, one woman will travel to the stars and beyond to save her beloved in this lyrical space opera that reimagines The Little Mermaid.

Gene-edited human clans have scattered throughout the galaxy, adapting themselves to environments as severe as the desert and the sea. Atuale, the daughter of a Sea-Clan lord, sparked a war by choosing her land-dwelling love and rejecting her place among her people. Now her husband and his clan are dying of a virulent plague, and Atuale’s sole hope for finding a cure is to travel off-planet. The one person she can turn to for help is the black-market mercenary known as the World Witch—and Atuale’s former lover. Time, politics, bureaucracy, and her own conflicted desires stand between Atuale and the hope for her adopted clan.