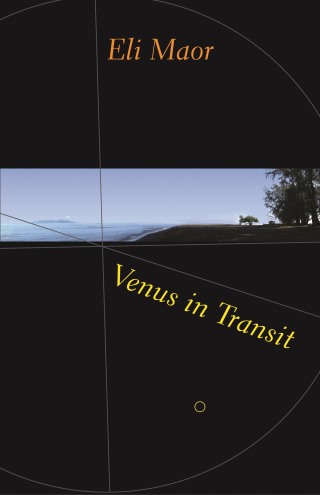 In 2004, Venus crossed the sun's face for the first time since 1882. Some did not bother to step outside. Others planned for years, reserving tickets to see the transit in its entirety. But even this group of astronomers and experience seekers were attracted not by scientific purpose but by the event's beauty, rarity, and perhaps--after this book--history. For previous sky-watchers, though, transits afforded the only chance to determine the all-important astronomical unit: the mean distance between earth and sun.


Eli Maor tells the intriguing tale of the five Venus transits previously observed and the fantastic efforts made to record them. This is a story of heroes and cowards, of reputations earned and squandered, all told against a backdrop of phenomenal geopolitical and scientific change.


With a novelist's talent for the details that keep readers reading late, Maor tells the stories of how Kepler's misguided theology led him to the laws of planetary motion; of obscure Jeremiah Horrocks, who predicted the 1639 transit only to die, at age 22, a day before he was to discuss the event with the only other human known to have seen it; of the unfortunate Le Gentil, whose decade of labor was rewarded with obscuring clouds, shipwreck, and the plundering of his estate by relatives who prematurely declared him dead; of David Rittenhouse, Father of American Astronomy, who was overcome by the 1769 transit's onset and failed to record its beginning; and of Maximilian Hell, whose good name long suffered from the perusal of his transit notes by a color-blind critic.


Moving beyond individual fates, Maor chronicles how governments' participation in the first international scientific effort--the observation of the 1761 transit from seventy stations, yielding a surprisingly accurate calculation of the astronomical unit using Edmund Halley's posthumous directions--intersected with the Seven Years' War, British South Seas expansion, and growing American scientific prominence. Throughout, Maor guides readers to the upcoming Venus transits in 2004 and 2012, opportunities to witness a phenomenon seen by no living person and not to be repeated until 2117.

Eli Maor: Eli Maor teaches History of Mathematics at Loyola University in Chicago. He is author of e: The Story of a Number, Trigonometric Delights, and To Infinity and Beyond (all Princeton).