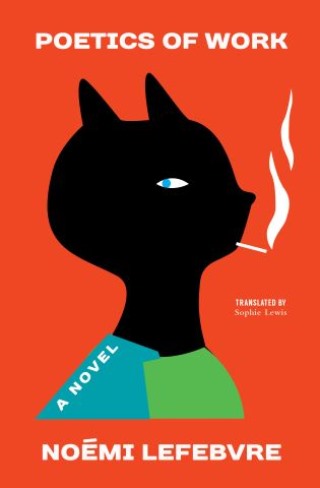 A state of emergency has been declared in France. In Lyon, protesters and police clash in the streets. At the unemployment office, there are few job opportunities for poets going around. So the poet reads accounts of life under the Third Reich and in Nazi language, smokes cannabis, walks through the streets, and eats bananas, drawn by an overbearing father into a hilarious and often cynical exploration of the push to be employed and the pull to write. In this Oulipian experiment written without gender markers for its narrator, Noémi Lefebvre presents us with a comic and irreverent reckoning with the rise of nationalism and the hegemony capitalism has on our language, actions, and identities.

Noémi Lefebvre: Noémi Lefebvre was born in 1964 and lives in Lyon. She studied music for over 10 years as a child and later obtained her PhD on the subject of music education and national identity in Germany and France. She became a political scientist at CERAT de Grenoble II Institute. She is the author of four novels, all of which have garnered intense critical success in France, including Blue Self-Portrait and Poetics of Work.