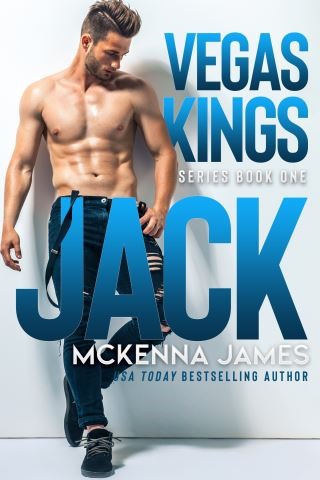 Jack Stapleton and his friends rule Las Vegas. They’ve got more money than they know what to do with, and Jack can have any woman he wants­­­­—except Ellie.

Rejection. That’s what I get for trying to save a girl who obviously doesn’t want saving.

Paying off her father’s debt so she can stop taking off her clothes for other people? That was a no brainer. Obviously, I hoped she’d fall victim to my irresistible charm. My selflessness.

I’ve offended her independent spirit, and instead of falling for me, she’s doing everything she can to avoid me. I should forget all about Ellie Masters, but I’m a sucker for her sassy smile and that fiery, luscious mouth.

I’m more than willing to take a gamble on this girl, but she’s made it clear I’m going to need more than luck to win her heart.

My momma raised me to believe that I don’t need a man. Except, apparently, I do.

And now that I owe a debt to a billionaire, I feel sick to my stomach.

It’s not like I’ll ever be able to pay him back.

The man is richer than God, and hotter than the Devil. When he’s next to me, I just about melt.

The last thing I want is to fall for a man like that.

The problem is, I think I already have…

Mckenna James: Mckenna James is the pen name for a collaborative writing duo who share an addiction to sweet tea and contemporary romance novels.

Since they don't know enough billionaires in real life, they decided to create some. They specialize in fairytales for today's world featuring modern princes and heroines who speak their minds and carve out happily ever afters on their own terms.