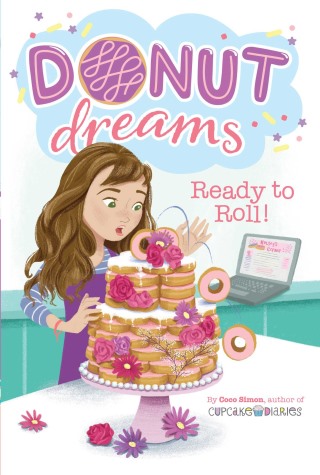 Kelsey grapples with her newfound internet popularity in the sixth delicious book in the Donut Dreams series from the author of the Cupcake Diaries and Sprinkle Sundays series!

Kelsey loves working in her family’s restaurant at the Donut Dreams counter, but she feels like she could be doing something more. When her friends tease her about always having strong opinions, she decides to start a blog, Kelsey’s Corner. Kelsey is positive her words will be her ticket to popularity. But she soon discovers a handful of good friends is far better than a baker’s dozen of insincere ones.

Coco Simon: From cupcakes to ice cream and donuts! Having written over thirty books about middle school girls and cupcakes and ice cream, Coco Simon decided it was time for a change; so she’s switched her focus to her third favorite sweet treat: donuts! When she’s not daydreaming about yummy snacks, Coco edits children’s books and has written close to one hundred books for children, tweens, and young adults, which is a lot less than the number of cupcakes, ice cream cones, and donuts she’s eaten. She is the author of the Cupcake Diaries, the Sprinkle Sundays, and the Donut Dreams series.