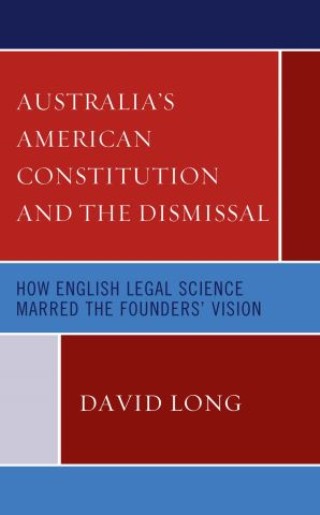 Australia’s American Constitution and the Dismissal

David Long traces the cause of the 1975 constitutional crisis to the influence of English legal positivism, a theory which isolates the meaning from the political scheme the text was framed to support. He shows the fundamental premise of a Constitution, framed in Convention, ratified by the people that cannot be altered without their consent, the consent of the governed. Legal positivism was adopted by the High Court in 1920 when it abolished the federal scheme and therewith the sovereign States. The responsible judge had opposed federalism at the 1897 Convention. Long examines two juristic opinions that excused the Governor-General’s 1975 unprecedented dismissal of a government with the confidence of the House of Representatives. He identifies their reliance on legal positivist constitutional interpretations that are expressly rejected by the Founders. Long provides a theoretical defence of the Founders original understanding as the object of constitutional construction.