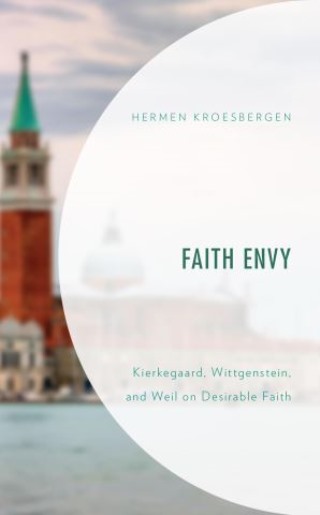 From time to time, both believers and nonbelievers envy those with more faith. In this book, Hermen Kroesbergen coins the concept of faith envy as an angle to investigate faith and religious language, and provide a new direction for the philosophy of religion. For far too long, the philosophy of religion has focused on statements of faith concerning superempirical powers, forgetting that if they would ever be able to prove these statements, they cease to be religious. Kroesbergen explores the possibility of using the angle of faith envy for a much-needed alternative approach, using the philosophers Søren Kierkegaard, Ludwig Wittgenstein, and Simone Weil as guides. Their lives and works have often been studied for what they have to say about religious beliefs; here, however, the focus is on what they have to say about the faith they envy. Our own faith envy, and Kierkegaard, Wittgenstein, and Weil’s struggle to make sense of it provides a deeper insight into what faith is and could be. This book is a timely and provocative intervention in a philosophy of religion that has reached a dead end, and a society that is deeply troubled about faith but envies it nonetheless.

Hermen Kroesbergen is a research associate in the Understanding Reality program in the Faculty of Theology and Religion at the University of Pretoria, South Africa.