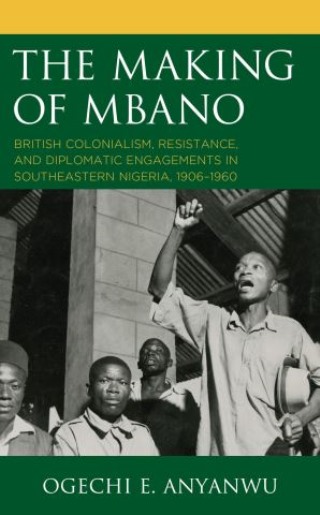 The Making of Mbano

Through in-depth, qualitative analysis of data from archives and research sites in Nigeria, the United Kingdom, and the United States, The Making of Mbano: British Colonialism, Resistance, and Diplomatic Engagements in Southeastern Nigeria, 1906-1960 argues that African people in Mbano consistently and fearlessly invoked their pre-colonial socio-cultural, political, and economic values in resisting, scrutinizing, and ultimately negotiating with the British colonial government. In investigating Africa’s complex and diverse engagements with the British through the lens of the Mbano colonial experience, Ogechi E. Anyanwu highlights the fascinating intersection of foreign and indigenous notions of community, culture, political economy, religion, and gender in shaping the Mbano colonial identity. Anyanwu carefully introduces readers to a wider variety of people in colonial Mbano who contributed to the historical experience of Southeastern Nigeria and whose names do not appear in history books.

Ogechi E. Anyanwu is professor of history and director of African and African American studies at Eastern Kentucky University.