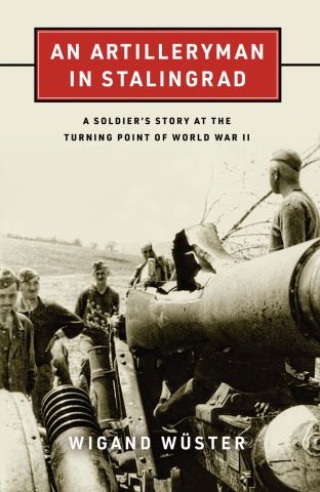 An Artilleryman in Stalingrad

In August 1942, Wigand Wüster was a twenty-two-year-old officer in the German Wehrmacht. The short life expectancies of the Eastern Front made him a veteran commander even at that age. He led a battery in an artillery regiment as it approached Stalingrad for a World War II–defining clash with the Soviet Red Army. For Wüster, the preceding months had been marked by heat, dust, endless marches, and brief skirmishes with the enemy—but mostly by an ongoing battle with his bullying battalion commander. Stalingrad would change everything.

In this brutally honest account, Wüster provides a glimpse into the Eastern Front rarely seen before. With frankness, humor, and perception, Wüster takes the reader from the heady days of the German 1942 summer offensive into the icy hell of Stalingrad’s final hours—and finally into his Soviet captivity. Accounts of artillery on the Eastern Front are rare, and Wüster was an especially keen observer of the hell of Stalingrad.

The book has been supplemented with photos and maps by Jason Mark, who originally published it through his Australia-based company Leaping Horseman Books.

Wigand Wüster spent four years in Soviet captivity after World War II and then became a lawyer in Germany. He died in 2017 at age ninety-six.