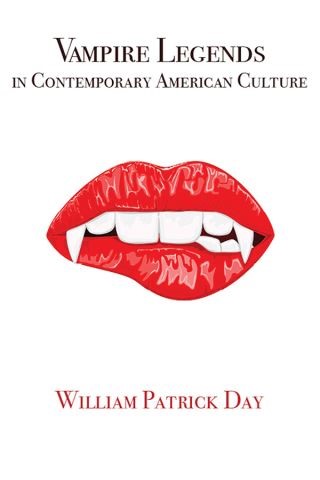 What Becomes a Legend Most

While vampire stories have been part of popular culture since the beginning of the nineteenth century, it has been in recent decades that they have become a central part of American culture. Vampire Legends in Contemporary American Culture looks at how vampire stories -- from Bram Stoker's Dracula to Blacula, from Bela Lugosi's films to Love at First Bite -- have become part of our ongoing debate about what it means to be human.

William Patrick Day looks at how writers and filmmakers as diverse as Anne Rice and Andy Warhol present the vampire as an archetype of human identity, as well as how many post-modern vampire stories reflect our fear and attraction to stories of addiction and violence. He argues that contemporary stories use the character of Dracula to explore modern values, and that stories of vampire slayers, such as the popular television series Buffy the Vampire Slayer, integrate current feminist ideas and the image of the Vietnam veteran into a new heroic version of the vampire story.