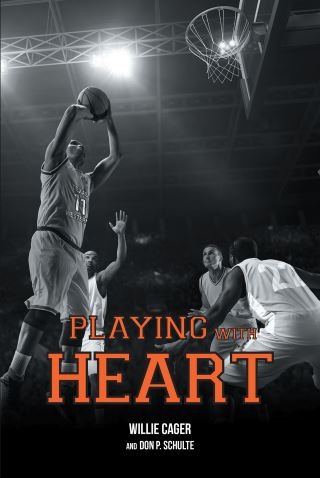 A child is born in a South Bronx ghetto in 1942. At birth, he is diagnosed with a heart condition, yet he still pursued his passion for basketball on New York playgrounds. He is expelled from high school before the end of his freshman year, dashing any dreams of ever playing college ball, or so he thought.

Informed by word of mouth of his phenomenal talent, a Division I university in Texas takes a chance on the young man with the abnormal heart and no high school diploma. The college offers him a scholarship.

Just two years later, he leaps from streets of New York to a court in College Park, Maryland, playing before 14,253 fans in the 1966 NCAA Basketball Championship. His team, which for the first time played only black players against the all-white Kentucky Wildcats, prevailed, toppling the racial barriers in college athletics. Disney even released a movie about the team called Glory Road.

Nine years after the championship, his heart finally succumbs to its anomalies. A devastating stroke follows, leaving the right side of his body paralyzed. He finds himself drifting and downtrodden, unable to pursue his passion for educating and coaching children, when an unexpected advocate reaches down and lifts him up.

Playing with Heart is a riveting story about Willie Cager’s extraordinary journey from a ghetto to the top of the college basketball world, from a state of extraordinary strength to valiantly living with multiple health challenges, and from moving from recipient of loving guidance from family and pastors in the South Bronx to becoming an unselfish giver to the youth of a Texas border community. This book offers a heartbreaking, heart-wrenching, and in the end, heartwarming account of Willie Cager’s life.