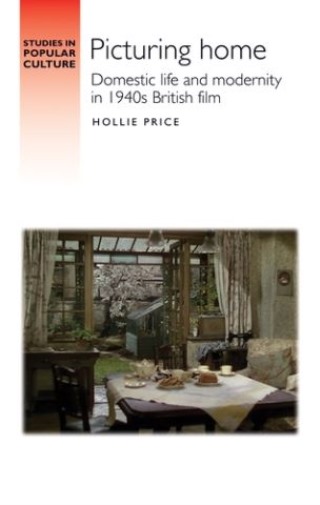 Picturing home examines the depiction of domestic life in British feature films made and released in the 1940s. It explores how pictorial representations of home onscreen in this period re-imagined modes of address that had been used during the interwar years to promote ideas about domestic modernity. Picturing home provides a close analysis of domestic life as constructed in eight films, contextualising them in relation to a broader, offscreen culture surrounding the suburban home, including magazines, advertisements, furniture catalogues and displays at the Daily Mail Ideal Home Exhibition. In doing so, it offers a new reading of British 1940s films, which demonstrates how they trod a delicate path balancing prewar and postwar, traditional and modern, private and public concerns.

Hollie Price: Hollie Price is a Research Fellow in Media and Film at the University of Sussex