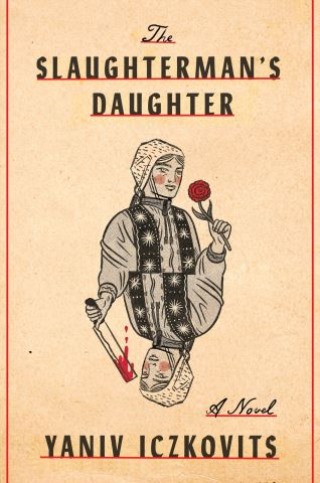 "If the Coen brothers ever ventured beyond the United States for their films, they would find ample material in this novel."
--The New York Times Book Review

"Occasionally a book comes along so fresh, strange, and original that it seems peerless, utterly unprecedented. This is one of those books."
—Kirkus Reviews (starred review)

An irresistible, picaresque tale of two Jewish sisters in late-nineteenth-century Russia, The Slaughterman’s Daughter is filled with “boundless imagination and a vibrant style” (David Grossman).

With her reputation as a vilde chaya (wild animal), Fanny Keismann isn’t like the other women in her shtetl in the Pale of Settlement—certainly not her obedient and anxiety-ridden sister, Mende, whose “philosopher” of a husband, Zvi-Meir, has run off to Minsk, abandoning her and their two children.

As a young girl, Fanny felt an inexorable pull toward her father’s profession of ritual slaughterer and, under his reluctant guidance, became a master with a knife. And though she long ago gave up that unsuitable profession—she’s now the wife of a cheesemaker and a mother of five—Fanny still keeps the knife tied to her right leg. Which might come in handy when, heedless of the dangers facing a Jewish woman traveling alone in czarist Russia, she sets off to track down Zvi-Meir and bring him home, with the help of the mute and mysterious ferryman Zizek Breshov, an ex-soldier with his own sensational past.

Yaniv Iczkovits spins a family drama into a far-reaching comedy of errors that will pit the czar’s army against the Russian secret police and threaten the very foundations of the Russian Empire. The Slaughterman’s Daughter is a rollicking and unforgettable work of fiction.

Yaniv Iczkovits: YANIV ICZKOVITS is the author of Pulse, Adam and Sophie, and Wittgenstein’s Ethical Thought. He held a postdoctoral fellowship at Columbia University and was a lecturer in philosophy at the University of Tel Aviv. The Slaughterman’s Daughter was awarded the Ramat Gan Prize and the Agnon Prize; it was also short-listed for the Sapir Prize. Iczkovits lives with his family in Tel Aviv.

ORR SCHARF teaches cultural studies and translation theory at the University of Haifa. He is the author of Thinking in Translation: Scripture and Redemption in the Thought of Franz Rosenzweig. The Slaughterman’s Daughter is his first literary translation