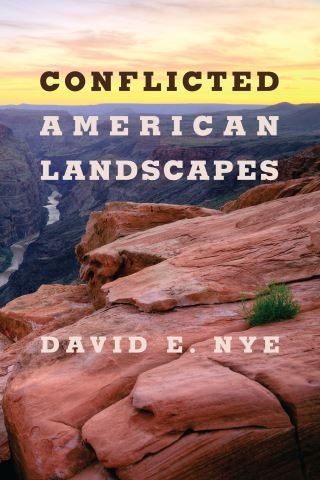 How conflicting ideas of nature threaten to fracture America's identity.

A landscape is conflicted when different groups have different uses for the same location—for example, when some want to open mining sites that others want to preserve or when suburban development impinges on agriculture. Some landscapes are so degraded from careless use that they become toxic “anti-landscapes.” Nye traces these conflicts to clashing conceptions of nature—ranging from pastoral to Native American to military–industrial—that cannot be averaged into a compromise. Nye argues that today’s environmental crisis is rooted in these conflicting ideas about land. Depending on your politics, global warming is either an inconvenient truth or fake news. America’s contradictory conceptions of nature are at the heart of a broken national consensus.

David E. Nye: David E. Nye is Senior Research Fellow at the Charles Babbage Institute and the History of Science and Technology program at the University of Minnesota and Professor Emeritus of American Studies at the University of Southern Denmark. His other books published by the MIT Press include American Technological Sublime and American Illuminations. He was awarded the Leonardo da Vinci Medal in 2005 and was knighted by the Queen of Denmark in 2013.