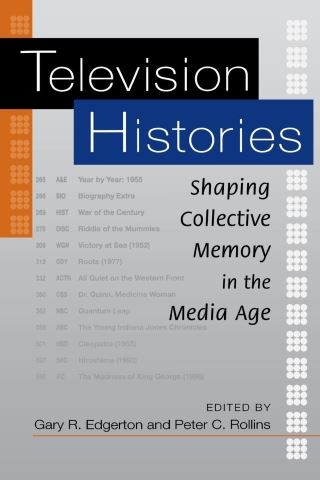 From Ken Burns's documentaries to historical dramas such as Roots, from A&E's Biography series to CNN, television has become the primary source for historical information for tens of millions of Americans today. Why has television become such a respected authority? What falsehoods enter our collective memory as truths? How is one to know what is real and what is imagined—or ignored—by producers, directors, or writers?

Gary Edgerton and Peter Rollins have collected a group of essays that answer these and many other questions. The contributors examine the full spectrum of historical genres, but also institutions such as the History Channel and production histories of such series as The Jack Benny Show, which ran for fifteen years. The authors explore the tensions between popular history and professional history, and the tendency of some academics to declare the past "off limits" to nonscholars. Several of them point to the tendency for television histories to embed current concerns and priorities within the past, as in such popular shows as Quantum Leap and Dr. Quinn, Medicine Woman. The result is an insightful portrayal of the power television possesses to influence our culture.