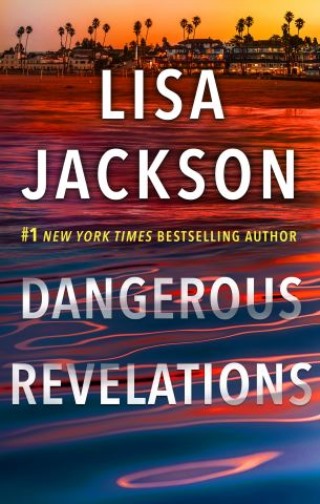 Rachelle Tremont hasn’t seen her hometown, Gold Creek, California, since a harrowing event drove her away. But now wanting to come to terms with her teenage past, Rachelle has decided to return home and write about the experience in her weekly newspaper column…which will include revisiting a murder scandal she was caught up in all those years ago.

Lawyer Jackson Moore thought he had buried his bad boy days when he left Gold Creek for New York City. But when he discovers Rachelle’s column, he realizes his troublesome past is about to be resurrected. Crossing paths with Rachelle in their small hometown, the spark Jackson thought was long dead still burns between them. And in revealing the town’s tragic secrets, the two just might uncover a few of their own.

Lisa Jackson: Lisa Jackson is a #1 New York Times bestselling author of more than seventy books including romantic suspense, thrillers and contemporary and historical romances. She is a recipient of the RT Book Reviews Reviewers’ Choice Award and has also been honored with their Career Achievement Award for Romantic Suspense. Born in Oregon, she continues to make her home among family, friends and dogs in the Pacific Northwest. Visit her at www.lisajackson.com.