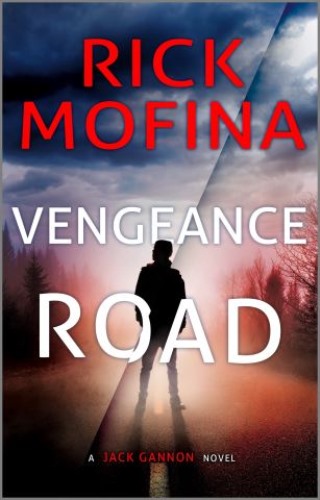 “Vengeance Road is a thriller with no speed limit! It's a great read!”—Michael Connelly,#1 New York Times bestselling author

The body of Bernice Hogan, a troubled young former nursing student with a tragic past, is found in a shallow grave near a forest creek. Jolene Peller, a single mom struggling to build a new life with her little boy, vanishes the night she tries to find Bernice. Hero cop Karl Styebeck is beloved by his community, but privately police are uneasy with the answers he gives to protect the life—and the lie—he's lived.

The case haunts Jack Gannon, a gritty, blue-collar reporter whose own sister ran away from their family years ago. Gannon risks more than his job to pursue the story behind Styebeck's dark secret, his link to the women and the mysterious big rig roaming America's loneliest highways on its descent into eternal darkness.

Rick Mofina: Rick Mofina is a former crime reporter and the award-winning author of several acclaimed thrillers. He's interviewed murderers face-to-face on death row; patrolled with the LAPD and the RCMP. His true crime articles have appeared in The New York Times, Marie Claire, Reader’s Digest and Penthouse. He's reported from the U.S., Canada, the Caribbean, Africa, Qatar and Kuwait's border with Iraq. For more information please visit www.rickmofina.com