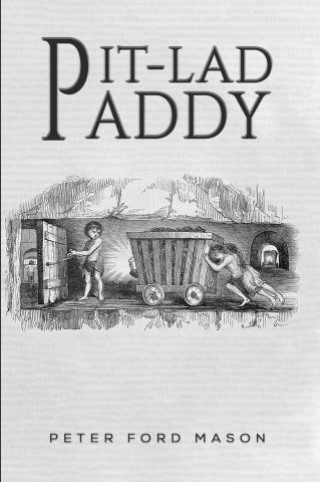 The coal mining industry was an important part of the industrial revolution in many areas of Britain during the nineteenth century.
The author’s great-great-grandfather died of cholera at Newcastle upon Tyne during the pandemic of 1834–1837. At this time, the mine owners insisted that at least one member of each colliery family had to work down the pit to keep their home.
After the death of his father, four-year-old Paddy had to start working down the pit. He was made to work below ground in the dark for about 16 hours a day at that young age.

Peter Ford Mason: Peter Ford Mason was born in County Durham in 1947, the year of the nationalization of the coal industry.
At the age of ten he moved to Dumfriesshire attending Annan Academy. He then graduated in Civil Engineering at the University of Newcastle-upon-Tyne.
He has worked as a Chartered Resident Engineer on major infrastructure projects worldwide.