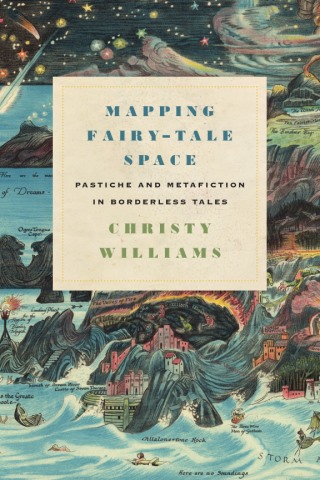 Pastiche and Metafiction in Borderless Tales

Mapping Fairy-Tale Space: Pastiche and Metafiction in Borderless Tales by Christy Williams uses the metaphor of mapping to examine the narrative strategies employed in popular twenty-first-century fairy tales. It analyzes the television shows Once Upon a Time and Secret Garden (a Korean drama), the young-adult novel series The Lunar Chronicles, the Indexing serial novels, and three experimental short works of fiction by Kelly Link. Some of these texts reconfigure well-known fairy tales by combining individual tales into a single storyworld; others self-referentially turn to fairy tales for guidance. These contemporary tales have at their center a crisis about the relevance and sustainability of fairy tales, and Williams argues that they both engage the fairy tale as a relevant genre and remake it to create a new kind of fairy tale. Mapping Fairy-Tale Space is divided into two parts. Part 1 analyzes fairy-tale texts that collapse multiple distinct fairy tales so they inhabit the same storyworld, transforming the fairy-tale genre into a fictional geography of borderless tales. Williams examines the complex narrative restructuring enabled by this form of mash-up and expands postmodern arguments to suggest that fairy-tale pastiche is a critical mode of retelling that celebrates the fairy-tale genre while it critiques outdated ideological constructs. Part 2 analyzes the metaphoric use of fairy tales as maps, or guides, for lived experience. In these texts, characters use fairy tales both to navigate and to circumvent their own situations, but the tales are ineffectual maps until the characters chart different paths and endings for themselves or reject the tales as maps altogether. Williams focuses on how inventive narrative and visual storytelling techniques enable metafictional commentary on fairy tales in the texts themselves. Mapping Fairy-Tale Space argues that in remaking the fairy-tale genre, these texts do not so much chart unexplored territory as they approach existing fairy-tale space from new directions, remapping the genre as our collective use of fairy tales changes. Students and scholars of fairy-tale and media studies will welcome this fresh approach.

Christy Williams: Christy Williams is associate professor of English at Hawai’i Pacific University. She is co-editor of Beyond Adaptation: Essays on Radical Transformations of Original Works.