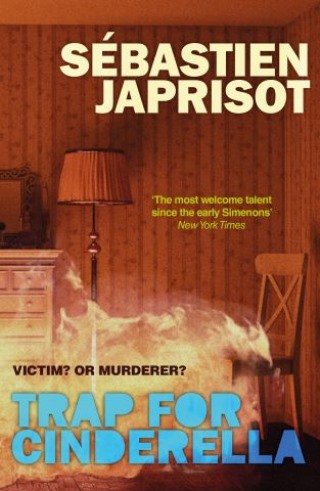 A Trap for Cinderella

A young woman wakes in a hospital room. What happened to her and why is a mystery. Is she victim or murderer?

The young woman has been badly injured in a fire and has amnesia. But what happened to her? Is she Mi, Micky or Michèle, or Do, Dominique? As she struggles to rebuild her identity, she starts to recall the crime that was committed and the house on the French Riviera. She remembers the rich heiress and the faithful friend – but which is she?

Sébastien Japrisot: Sébastien Japrisot was born in Marseille, France in 1931. He published his first novel, Les Mal Partis, when he was just 17. Japrisot translated the works of J. D. Salinger and pursued a successful career in advertising and publicity. He was a scriptwriter and the director of two films. His first crime novel, The Sleeping Car Murders, was received with great acclaim. His reputation as a master for crime fiction grew with the publication of The Lady in the Car with Glasses and a Gun, A Trap for Cinderella and Rider on the Rain. His novel One Deadly Summer was made into a film starring Isabelle Adjani. A Very Long Engagement was an international bestseller and won the Prix Interallie. He died in 2003.