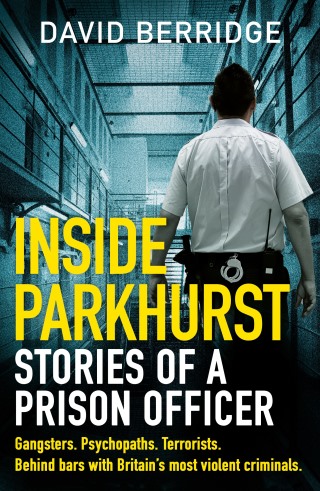 Stories of a Prison Officer

After 28 years working as a prison officer, with 22 years at HMP Parkhurst, once one of Britain's most high security prisons, David Berridge has had to deal with it all: serial killers and gangsters, terrorists and sex offenders, psychopaths and addicts. InsideParkhurst is his raw, uncompromising look at what really goes on behind the massive walls and menacing gates.

Thrown in at the deep end, David quickly had to work out how to deal with the most cunning and volatile of prisoners, and learn how to avoid their many scams. He has been assaulted and abused; he has tackled cell fires and attempted suicides, riots and dirty protests; he has helped to foil escaped plans, talked inmates down from rooftop protests, witnessed prisoners setting fire to themselves, and prevented prisoners from attempting to murder other prisoners. And now he takes us inside this secret world for the first time.

With this searingly honest account he guides us around the wings, the segregation unit, the hospital and the exercise yard, and gives vivid portraits of the drug taking, the hooch making, the constant and irrepressible violence, and the extraordinary lengths our prison officers go to everyday. Divided into three parts - the first from David's early years on the wings, the second the middle of his career, and the third his disillusioned later years - David will take readers into the heart of life inside and shine a light on the escalating violence and the impact the government cuts are having on the wings.

Both horrifying and hilarious, David's diaries are guaranteed to shock and entertain in equal measure.

David Berridge joined the prison service in 1992, three weeks short of his 32nd birthday. He started his training at HMP Shrewsbury and then spent the next 22 years on the Parkhurst landings, dealing with the country's most violent and badly-behaved prisoners. During his time there he worked amongst Category A inmates, including serial killers, terrorists and armed robbers, in a dispersal unit, mentally ill inmates in a high security psychiatric unit, and high-risk inmates in a protected witness unit. Six years ago he moved to HMP Albany.

David retired last year at the age of sixty. He is keen to use this book to raise awareness about the many problems our prison services are facing.