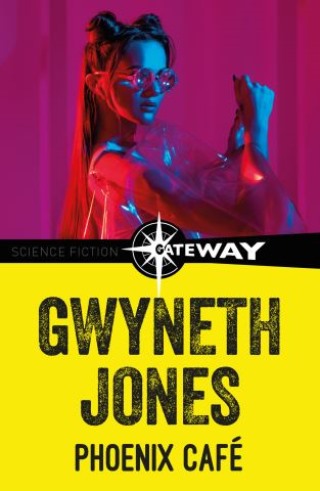 After two hundred years colonising earth, the Aleutians prepare to return to space, leaving behind humanity and an earth that have been shaped by their presence, their care, and their cruelty.

In the dying days of Aleutian rule, Catherine has altered her body to appear more alien, and soaks herself in the decadence of their culture. Misha idolises the Aleutians, and begins a love affair with Catherine, both desperate to forget their humanity and embrace the alien.

What will be left for the humans when the Aleutians leave? What will the Aleutians take with them from their time on earth? Could humanity have changed them as much as they changed it?

Gwyneth Jones: Gwyneth Jones lives in Brighton with her husband and son. She won the Arthur C. Clarke Award for BOLD AS LOVE; CASTLES MADE OF SAND was shortlisted for the British Science Fiction Award. She is the previous winner of the James Tiptree Memorial Award and two World Fantasy Awards; four of her previous books have been shortlisted for the Arthur C. Clarke Award.