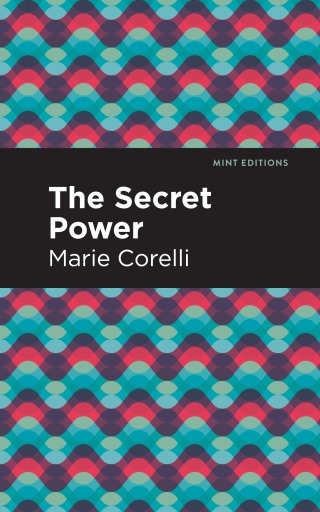 The Secret Power (1921) is a science fiction novel by Marie Corelli. Published toward the end of Corelli’s career as one of the most successful writers of her generation, the novel combines romance, fantasy, and science fiction to tell a story of discovery and sacrifice set in a strangely familiar future. Thought to be inspired by the life of Marie Curie, The Secret Power showcases the immense talent of an author whose reputation has subsided in the years after her death. Due for reassessment by a modern audience, Mari Corelli’s work—which has inspired several adaptations for film and theater—is a must read for fans of early science fiction.

Set in the future, The Secret Power describes a future world united through long-distance air travel. Featuring beautiful descriptions of Southern California and Sicily, the novel follows an impoverished academic and a wealthy heiress, star-crossed lovers who wrestle with the discovery of a mysterious radioactive substance. Envisioning the prospect of unmatched power, they struggle with the ethical implications of an energy source with the capacity for good and evil. Living in his secluded cabin, the academic leaves the material untouched, fearful of its consequences. Meanwhile, his lover is content to eat small pieces of the substance daily, astounded by its rejuvenating effect. Addressing philosophical, scientific, and religious themes, The Secret Power is a moving work of fiction which uses romance to ask important questions about an emerging modern world.

With a beautifully designed cover and professionally typeset manuscript, this edition of Marie Corelli The Secret Power is a classic work of English science fiction reimagined for modern readers.

Marie Corelli (1855-1924) was an English novelist. Born Mary Mackay in London, she was sent to a Parisian convent to be educated in 1866. Returning to England in 1870, Corelli worked as a pianist and began her literary career with the novel A Romance of Two Worlds (1886). A favorite writer of Winston Churchill and the British Royal Family, Corelli was the most popular author of her generation. Known for her interest in mysticism and the occult, she earned a reputation through works of fantasy, Gothic, and science fiction. From 1901 to 1924, she lived in Stratford-upon-Avon, where she continued to write novels, short story collections, and works of non-fiction. Corelli, whose works have been regularly adapted for film and the theater, was largely rejected by the male-dominated literary establishment of her time. Despite this, she is remembered today as a pioneering author who wrote for the public, not for the critics who sought to deny her talent.