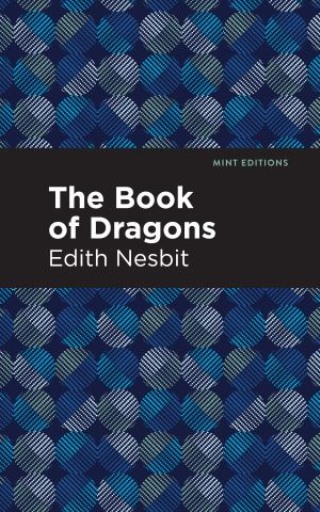 The Book of Dragons

The Book of Dragons (1899) is a collection of children’s stories by English writer Edith Nesbit. Comprising eight stories originally published in 1899 in The Strand Magazine, The Book of Dragons is a work that explores the magic and wonder of mythical beasts for children and adults alike.

In “The Book of Beasts,” a young prince named Lionel is named the next king. After his coronation, he goes to the palace library for the first time, where he discovers the eccentric former king’s collection of rare and magical books. Although the Chancellor tries to discourage Lionel from opening them, he picks out a large book titled “The Book of Beasts,” which, when opened, releases a colorful butterfly into the air. Flipping through the book, Lionel turns to a page where a red dragon sits under a palm tree. Terrified, he slams the book shut, but his curiosity proves hard to resist. “Uncle James, or the Purple Stranger” is the story of the Princess of Rotundia, a strange island nation where animals grow to the opposite size as their counterparts around the world. In Rotundia, rabbits and mice grow to the size of elephants, while elephants stop growing when they reach the size of a small dog. One day, the Princess’s friends ask her to show them the royal dragon, but when the ugly creature eats the Princess’s rabbit, her scheming Uncle James hatches a plan to steal the kingdom for himself. These are only two of the eight stories that make up Edith Nesbit’s The Book of Dragons, a bizarre and wonderful collection of tales from one of England’s finest fabulists.

With a beautifully designed cover and professionally typeset manuscript, this edition of Edith Nesbit’s The Book of Dragons is a classic of English children’s literature reimagined for modern readers.

Edith Nesbit (1858-1924) was an English writer of children’s literature. Born in Kennington, Nesbit was raised by her mother following the death of her father—a prominent chemist—when she was only four years old. Due to her sister Mary’s struggle with tuberculosis, the family travelled throughout England, France, Spain, and Germany for years. After Mary passed, Edith and her mother returned to England for good, eventually settling in London where, at eighteen, Edith met her future husband, a bank clerk named Hubert Bland. The two—who became prominent socialists and were founding members of the Fabian Society—had a famously difficult marriage, and both had numerous affairs. Nesbit began her career as a poet, eventually turning to children’s literature and publishing around forty novels, story collections, and picture books. A contemporary of such figures of Lewis Carroll and Kenneth Grahame, Nesbit was notable as a writer who pioneered the children’s adventure story in fiction. Among her most popular works are The Railway Children (1906) and The Story of the Amulet (1906), the former of which was adapted into a 1970 film, and the latter of which served as a profound influence on C.S. Lewis’ Narnia series. A friend and mentor to George Bernard Shaw and H.G. Wells, Nesbit’s work has inspired and entertained generations of children and adults, including such authors as J.K. Rowling, Noël Coward, and P.L. Travers.