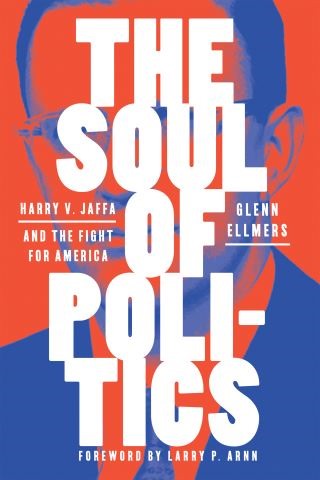 The Soul of Politics

Harry V. Jaffa and the Fight for America

Harry V. Jaffa (1918-2015), professor at Claremont McKenna College and Distinguished Fellow of the Claremont Institute, was one of the most influential thinkers of the 20th century. His hundreds of students have reached positions of power and prestige throughout the intellectual and political world, including the Supreme Court and the Trump White House.

Jaffa authored Barry Goldwater’s famous 1964 Republican Convention speech which declared, “Extremism in the defense of liberty is no vice. And moderation in the pursuit of justice is no virtue.” William F. Buckley, Jaffa’s close friend and a key figure in shaping the modern conservative movement, wrote, “If you think it is hard arguing with Harry Jaffa, try agreeing with him.” His widely acclaimed book Crisis of the House Divided: An Interpretation of the Issues in the Lincoln-Douglas Debates (1959), was the first scholarly work to treat Abraham Lincoln as a serious philosophic thinker.

As the earliest protégé of the controversial scholar Leo Strauss, Jaffa turned his theoretical insights to understanding the United States as the “best regime” in principle. He saw the American Revolution and the Civil War as world-historical events that revealed the true nature of politics. Statesmanship, constitutional government, and the virtues of republican citizenship are keys to unlocking the most important truths of political philosophy.

Jaffa’s student, Glenn Ellmers, was given complete access to Jaffa’s private papers at Hillsdale College to produce the first comprehensive examination of his teacher’s vast body of work. In addition to Lincoln and the founding fathers, the book shares Jaffa’s profound insights into Aristotle, Shakespeare, Winston Churchill, and more.

Glenn Ellmers holds a Ph.D. in politics from Claremont Graduate University, where he studied with Harry Jaffa. He is a visiting research fellow with Hillsdale College and a senior fellow with the Claremont Institute. He has served as a speechwriter for two Cabinet secretaries, and has published articles and essays in the Claremont Review of Books, The Review of Metaphysics, Modern Age, Law & Liberty, National Review, and American Greatness.