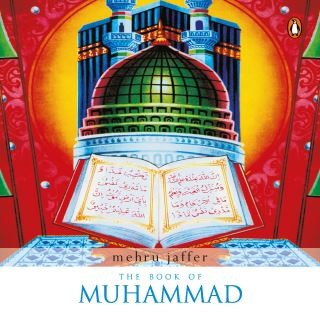 The Book Of Muhammad

Muhammad is the Prophet; the messenger of God. But for the vast majority of people outside the Islamic faith; he remains a mystery; and myths and misconceptions about him abound.
Born in a time of moral despondency and despair; Muhammad spent his entire life trying to transcend human pettiness; searching for absolute values; the meaning of life and what it meant to be a human being. The Book of Muhammad recounts this journey—Muhammad’s early struggles to bring his message to the people in Mecca; the Revelation; his flight to Medina and the establishment of Islam and an ideal city-state there; and his triumphant return to Mecca. Mehru Jaffer’s own search to understand the teachings of Islam inform this lucid yet profound retelling of the life of one of the most mesmerizing figures to walk this earth; thereby making his teachings and spiritual significance accessible to all.
In this short biography; Mehru Jaffer presents Muhammad as an extraordinary prophet and leader; a man of God who succeeded in uniting all of Arabia through his new faith and exerted enormous influence over centuries of human history. In her detailed introduction to the book she also examines why the fundamental tenet of his teachings—that to be a good human being is to be kind; compassionate and charitable—is particularly relevant in our troubled times today.

Mehru Jaffer: Mehru Jaffer was born and brought up in Lucknow, a certain space in India that is not just a city but a state of being. After graduating in English literature from Lucknow University, a career in journalism was launched with a job at the Pioneer newspaper. She continues to write and this is her first book.