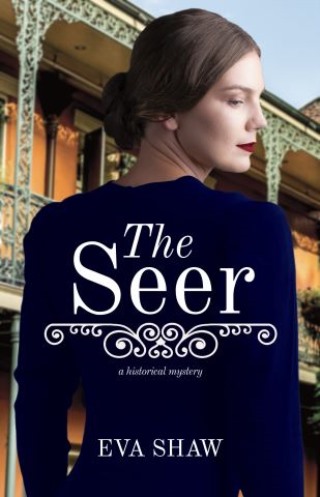 It's February 1942. War grips the world. Asian hate runs rampant, and New Orleans is a dangerous place for Chinese-English scientist Thomas Ling as he collides with self-proclaimed psychic Beatrix Patterson. She's a good liar with an excellent memory, which in truth is her only gift—well, that and conning the well-heeled out of their money and secrets.

Hired by the US Army to use her connections to expose Nazi saboteurs and sympathizers, Beatrix recruits the reluctant Thomas. Together, they pit their skills against a government conspiracy, terrorist cells, kidnappings, and murderous plots. As Beatrix grapples with the truth of her own past, she must come to terms with her ruse. Exposing the Nazi war machine about to invade the country could cost Beatrix everything she's worked so hard to build. But the information she and Thomas uncover could change the outcome of the war.

The question remains: will anyone believe a liar and a suspected traitor?

Eva Shaw: Eva teaches five university-level writing courses available online at 4000 colleges and universities worldwide. A breast cancer survivor, she's an active volunteer with causes affecting women and children and with her church. She loves to travel, read, shop, garden, play the banjolele and paint, focusing on folk art and California landscapes. When not at her desk, you can find her walking around the village of Carlsbad, California with Coco Rose, a rambunctious 2-year-old Welsh terrier.