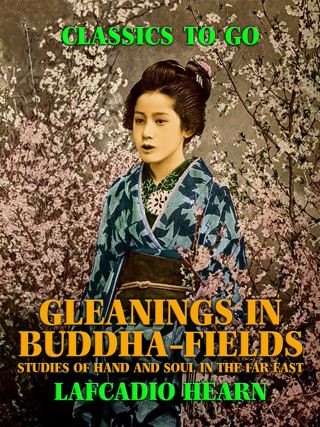 Gleanings in Buddha-Fields: Studies of Hand and Soul in the Far East

Lafcadio Hearn's books have charmed and captivated readers, just as the exotic subjects about which he has written have captivated him. "Gleanings in the Buddha-Fields" presents more Hearn magic as he enters into the spirit of Buddhism as though he were born into it. This collection of stories, subtitled "Studies of Hand and Soul in the Far East," takes the reader on a journey into the soul of Hearn's adopted land as no other writer--especially a non-Japanese native--could. Lafacdio Hearn was born in Greece to an Irish father and a Greek mother. After working as a journalist in New Orleans, he later moved to Japan, where he took on the name Koizumi Yagumo. (Goodreads)