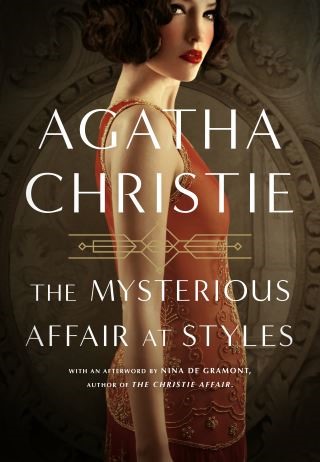 The Mysterious Affair at Styles

With an afterword by Nina De Gramont.

Hercule Poirot is settling in near Styles Court when its wealthy mistress, Emily Inglethorp, is found murdered. Mrs. Inglethorp has been poisoned, and the authorities are unable to find the culprit, luckily, Poirot is nearby to put is excellent sleuthing skills to work.

Poirot manages to wade through the confusing clues and a long list of suspects, including Alfred -- her new, much younger husband -- other members of the family, and a London specialist on poisons who just happens to be staying in a village nearby. All of them are keeping secrets, but none can outwit Poirot in this classic whodunit, The Mysterious Affair at Styles.

Agatha Christie: Agatha Christie is the best-selling author of all time. She wrote eighty crime novels and story collections, fourteen plays, and several other books. Her books have sold roughly four billion copies and have been translated into 45 languages. She is the creator of the two most enduring figures in crime literature-Hercule Poirot and Miss Jane Marple-and author of The Mousetrap, the longest-running play in the history of modern theatre. Christie was born in Torquay, Devon in 1890. She died in 1976 in Wallingford, Oxfordshire.