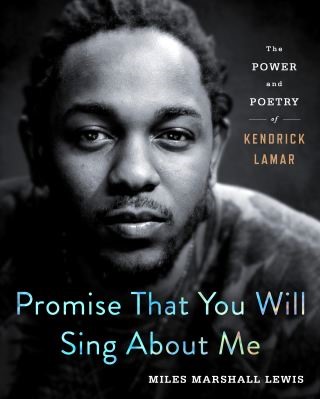 Promise That You Will Sing About Me

The Power and Poetry of Kendrick Lamar

A stunning, in-depth look at the power and poetry of one of the most consequential rappers of our time.

Kendrick Lamar is one of the most influential rappers, songwriters and record producers of his generation. Widely known for his incredible lyrics and powerful music, he is regarded as one of the greatest rappers of all time. In Promise That You Will Sing About Me, pop culture critic and music journalist Miles Marshall Lewis explores Kendrick Lamar’s life, his roots, his music, his lyrics, and how he has shaped the musical landscape.

With incredible graphic design, quotes, lyrics and commentary from Ta-Nehisi Coates, Alicia Garza and more, this book provides an in-depth look at how Kendrick came to be the powerhouse he is today and how he has revolutionized the industry from the inside.

Miles Marshall Lewis: Miles Marshall Lewis is a pop culture critic, essayist and fiction writer from the Bronx, New York. He is author of the memoir Scars of the Soul Are Why Kids Wear Bandages When They Don’t Have Bruises, as well as There’s a Riot Goin’ On, a book about the music of Sly & the Family Stone. A former editor at Vibe, XXL, Ebony.com and BET.com, his essays and arts journalism have been published by The New York Times, GQ, Essence, The Believer, Teen Vogue, Rolling Stone, Salon and elsewhere. He also founded and edited the defunct literary journal, Bronx Biannual. Lewis currently lives in Manhattan.