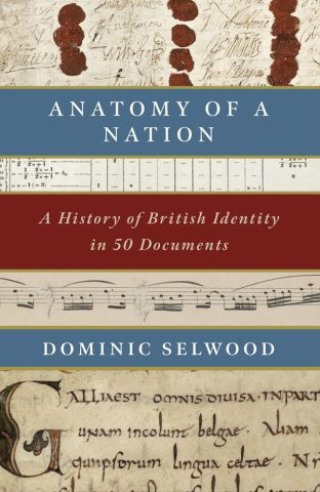 Anatomy of a Nation

A History of British Identity in 50 Documents

From an obscure, misty archipelago on the fringes of the Roman world to history's largest empire and originator of the world's mongrel, magpie language - this is Britain's past. But, today, Britain is experiencing an acute trauma of identity, pulled simultaneously towards its European, Atlantic and wider heritages. To understand the dislocation and collapse, we must look back: to Britain's evolution, achievements, complexities and tensions. In a ground-breaking new take on British identity, historian and barrister Dominic Selwood explores over 950,000 years of British history by examining 50 documents that tell the story of what makes Britain unique.

Some of these documents are well-known. Most are not. Each reveal something important about Britain and its people. From Anglo-Saxon poetry, medieval folk music and the first Valentine's Day letter to the origin of computer code, Hitler's kill list of prominent Britons, the Sex Pistols' graphic art and the Brexit referendum ballot paper, Anatomy of a Nation reveals a Britain we have never seen before. People are at the heart of the story: a female charioteer queen from Wetwang, a plague surviving graffiti artist, a drunken Bible translator, outlandish Restoration rakehells, canting criminals, the eccentric fathers of modern typography and the bankers who caused the finance crisis.

Selwood vividly blends human stories with the selected 50 documents to bring out the startling variety and complexity of Britain's achievements and failures in a fresh and incisive insight into the British psyche. This is history the way it is supposed to be told: a captivating and entertaining account of the people that built Britain.

Dominic Selwood is a historian and barrister. He is a bestselling author and novelist, and frequent contributor to national newspapers, radio and television. He has a doctorate in history from the University of Oxford and a masters from the Sorbonne. He is a Fellow of the Royal Historical Society and the Society of Antiquaries. He lives in London.