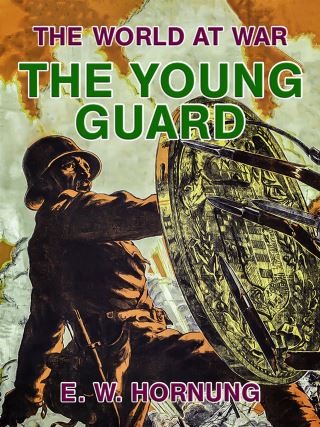 Excerpt: "Last summer, centuries ago, I watched the postman's lantern glow, As night by night on leaden feet He twinkled down our darkened street. So welcome on his beaten track, The bent man with the bulging sack! But dread of every sleepless couch, A whistling imp with leathern pouch! And now I meet him in the way And earth is Heaven, night is Day, For oh! there shines before his lamp An envelope without a stamp!"

E. W. Hornung: Ernest William Hornung (7 June 1866 – 22 March 1921) was an English author and poet known for writing the A. J. Raffles series of stories about a gentleman thief in late 19th-century London. Hornung was educated at Uppingham School; as a result of poor health he left the school in December 1883 to travel to Sydney, where he stayed for two years. He drew on his Australian experiences as a background when he began writing, initially short stories and later novels.